In 1950’s, Shri. A. Shunmuga Nadar as a chairman of Sivakasi Municipality implemented schemes for economical stability and improvement of public facilities in the area. He contributed liberally to educational institutions and donated to the renovations of temples. The city of Sivakasi had the honour of being called “Mini Japan” by former Indian Prime Minister Pandit Jawaharlal Nehru for enterprising spirit and nature of its people.

The Kaliswari Group of Industries, noted for Quality products, is the outcome of strenuous effect taken by the founder Thiru A.Shanmuga Nadar. The gradual growth increased the financial status of the concern enormously resulting in 35+ factories of its own and employing more than 10000 workers in addition to giving part time work to the housewives.

In 1988, Shri. Rajiv Gandhi unveiled the statue of Shri A. Shunmuga Nadar, in Sivakasi at “All India Chamber of Match Industries”.

The Indian Government released a centenary celebratory special postal cover in the year 2005 in remembrance of Shri A. Shunmuga Nadar and in praise of his outstanding contribution to the matches and fireworks industry and overall development of Sivakasi area.

The Company has been awarded the

Our constant up gradation of technology ensures that all our products fulfill the required quality standards to customer satisfaction.

SKMP is ably managed by a team of professionals. The team’s rich experience and dedication has enabled them to be always ahead among the competitors and contributing to the continual development of the company and workforce. The team consists of: 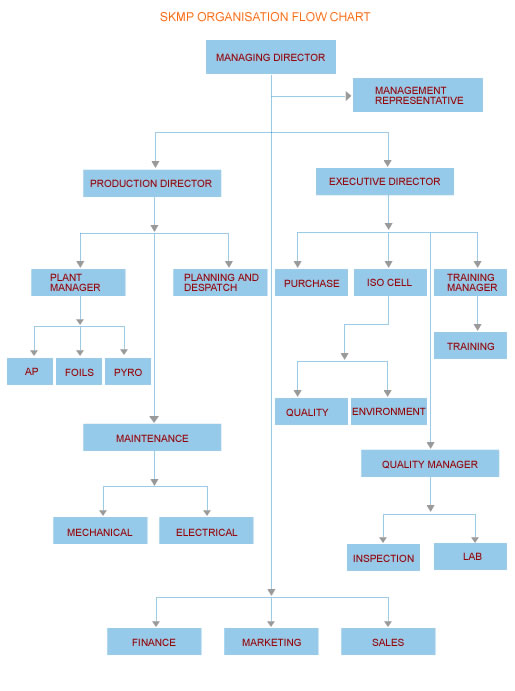 
GET A FREE ONLINE
QUOTE TODAY

download a complete catalog of our services and projects specifications